This is a piece I wrote for the wonderful music blog A&R Factory. Check out their website – it’s an awesome one!

The enrapturing aspect of music that is prodigiously appealing to its listeners is the individuality and unique talents that follow with the artist. The variation in the music industry is so enigmatic, and this is what presents the music world with such a golden appeal, leaving us with a thrilling thirst for more. Despite this, talent is not the sole factor to what attributes an artist’s success. Each factor is as valuable as each other to maintain a well-respected name within the industry.

Regardless of their success, branding yourself as a solo artist can open up many doors as an established artist within the music industry. Jamie xx reached his potential and managed to mark himself as a reputable artist within the underground dance genre as well as performing regularly as a longstanding band member of The xx. Lauryn Hill, an internationally renowned soul artist reached her fame when she left The Fugees, and now she is compared amongst the A-listers such as the notorious Erykah Badu. Although Chance the Rapper has always worked as a solo artist, he rejected the opportunity to sign with record labels to make it in the music world on his own, this led to Chance being the first unsigned artist to winning three Grammy awards. 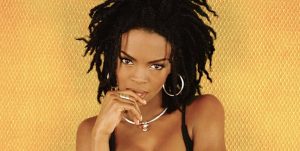 The importance of originality is predominant to a musicians’ success. Fans and potential listeners easily seek out the variety between various music genres and what simply sounds bland and dreary. Examples of this are shown in The Mouse Outfit, a hip hop, funk and jazz band of 9, alongside Childish Gambino who explores the sound between hip hop and funk. Additionally, Maribou State composes a futuristic sound by merging elements of electronic down temp, hip hop, soul and funk, essentially producing trip-hop music.

A way to exhibit your talents is by performing in other bands. Putting all your heart and soul into one band is certainly a route to success, but by experimenting in different areas of music proves your true gift. Two of the MC’s from The Mouse Outfit ‘Sparkz’ and ‘Truthos Mufasa’ perform in likeminded hip-hop and grime band Levelz, David Grohl was the drummer in Nirvana then later founded alternative rock band Foo Fighters, and indie rock Johnny Mar quickly reached his celebrity status through playing in The Smiths and Modest Mouse.

CREATE MUSIC THAT LISTENERS CAN RELATE TO

A vital factor which gives musicians the stamp of approval within the industry is the personal depth behind each composition. It is essential that listeners can relate to the music through ground-breaking topics which occur in our everyday lives. The likes of Sampha, A Tribe Called Quest and Glass Animals convey this idiosyncratic ideal in their new albums where they explore the topics of mental health, political corruption and the realism of humanity. 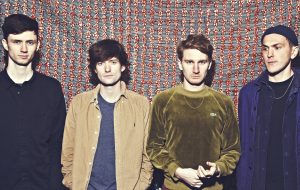 Finally, the concluding feature to the success of bands and artists is the interaction between themselves and their fans. This is a method of connecting with their fans and obtaining positive feedback, proving the genuine nature behind their music. Various artists have shown their interest in reaching out to their fans like top grime artist Stormzy who used twitter to meet up with a fan to watch a football game at their home, JME who played a short football kick about with a fan, and Darius Syrossian who held regular villa parties in Ibiza over the summer.

Granting there are many different aspects as to what makes a successful band, these are of the upmost examples of what countless successful bands and musicians do differently. The current time and trend may vary on the speed of success, but the creativity and originality of music is what is most crucial. Down to these five steps, it is apparent as to how music becomes an alluring success.