The xx: I See You

The xx release third album I See You, where they explore the depth of emotions within electro-pop, discovering a sound of absolution.

For Yasmin Creppy, a longstanding fan of The xx.

The xx are the epitome of success within the indie-pop electronica genre. They are a band constructed on romantic endearment whilst eradicating the ‘cringe’ aspect of love itself of our 21st Century. I See You is a representation of the emotional connection we endeavour at such a young age. Although there is certainly progression and an experimental element to the album since Coexist, it is irrefutable that the occurring theme of lust and devotion is apparent, targeted at the culture of our youth.

Formed in 2005, The xx quickly rose to victory with the release of their first album xx in 2009, followed by Coexist in 2012. Romy Croft and Oliver Sim who took the role as the heart-felt vocalists, whilst Jamie xx (Smith) mixed the tracks. In 2010 the band won the Mercury Prize for their debut album, and whilst only releasing three albums, Jamie xx rose to fame solo with his In Colour album. Certainly not a force to be reckoned with. Influenced by soul, UK hip-hop and dance music, every aspect of their music has a certain individuality behind it. The essence of dance, indie-pop and electronica is what makes their sound so indifferent. Combined with a deep, romantic identity behind the vocalists, their listeners can patently relate to the music.

The whole idea of The xx is about connecting with the listener on a higher level through romantic intimacy. The majority of the tracks portray idyllic affections, but also a sincere sensation of heartbreak. We, as the listener, are able to emphasise and relate to Romy and Oliver through the struggles of being young. “Performance” and “Lips” are perhaps the more intense tracks of the album. With a classical melody behind the vocals, both tracks begin with very slow orchestral sounds, drawing the listener into feelings of captivation. The music connects with every inch of our mind, body and soul. The fascination behind these tracks are how beautifully constructed they are, and how they are conveyed. “Performance” explains the utter misconception and misery of a heart break, “Even when I was hiding you could always find me. Now you’ve stopped looking for me when I’m still playing hide and seek.” whereas “Lips”, also a track inspired by classical music, has infusions of R&B, describes the feeling of denial, “I don’t wanna know the way down.”

“Replica” carries a regeneration feel from The xx’s history of music. For one, there is an obvious progression seen within Romy and Oliver as vocalists. There was a distinct reservation behind them in Coexist and xx, and it is clear they have developed as musicians. The fast interlinking rhythm which collides into the beat flows with romance in the air. There is inspiration from Jamie xx’s album In Colour which has been sampled in “Replica”. With a sense of serenity embodied in between the musical flow, we are delivered chills and goosebumps from such an unfeigned track. If we divulge deeper, there is an palpable conflict between the vocalists (and our younger generation) over how we want to feel and how we should feel. This especially is certified and expressed in “Brave For You”. A tribute to Romy’s deceased parents, although the song can be taken into other retrospects, she reveals the battle between what she shows the world and how she truly feels. There is a message of forgiveness, a recurring theme throughout the album. It is a track of deep-seated emotion, demonstrating her sadness. “I will be brave for you/Stand on a stage for you/Do things I am afraid to do/I will be brave/I know you’d want me to.”Romy reiterates how tough situations may arise, but we will always pull through.

Although I See You is quintessentially refined by emotional depth, what certifies the album with an advanced inimitable authority is the essence of electronic dance through “Dangerous” and “I Dare You”.  “Dangerous” which begins with a traditional house rhythm leads the track into Romy and Oliver’s romantic duo. The incorporation of brass instrumentals are an infusion of the foremost rising happiness of the track. “’Cause I couldn’t care less/If they call us reckless/Until they are breathless/They must be blind.”, once again we revert back to the true feelings of ‘you and me against the world’. The track is rebellious in its own right, and the hip and groovy beat is evident as to how far in touch The xx are with their listeners. “I Dare You” shares the similar up-beat stance in the album, whilst continuing the romantic sentiment, the track embraces electro-pop. The longstanding connection between the two vocalists are apparent specifically in this track, and the core of romance is presented. “I’ve been a romantic for so long/All I’ve ever had are love songs”, the beauty of this song delves down to the synchronisation between the listener and The xx. It is striking how the listener is able to relate to the music in an unworldly respect.

All in all, I See You is a carefully constructed, masterpiece of an album, entirely filled with a meaningful persona. There is a precocious attitude to the style of the music embodied in the album, and a clear direction to what the artists seek. The xx lunges into the idea of what is the true meaning of this album is, and provides the listener with empathy and essence, deeming The xx as bona fide musicians. Whilst a youthful characteristic of The xx remains, each of the artists have evolved in their own unique journey. 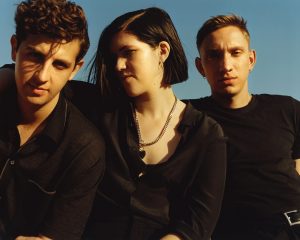