My first Boom Town Fair experience I can honestly say was one of the most exhilarating and magical encounters I have ever had in my entire life. The beautiful mixture of culture, the variation of sound, alongside the vitality of colour that enhanced the festival’s authenticity was what made the festival one of a kind. Iconic artists such as the renowned and glorious Damian Marley headlined the stage, alongside key names such as Fat Freddy’s Drop, The Mouse Outfit, The Skints, Shadow Child, Jackmaster and many more performed at this divergent festival. I was one of the many thousands at the festival who felt a spiritual longing towards the elucidation this particular unique genre of music depicts. There was almost a romantic connection between myself and the other 60,000 attendees through the passionate energy which surrounded us in the cosmic air between the enchanted hills of Boom Town which sent us in an electrified frenzy. The young were released from the chains that had locked us down for so long where we could express our true desire for music. Boom Town Fair Chapter 8 was the Revolution. 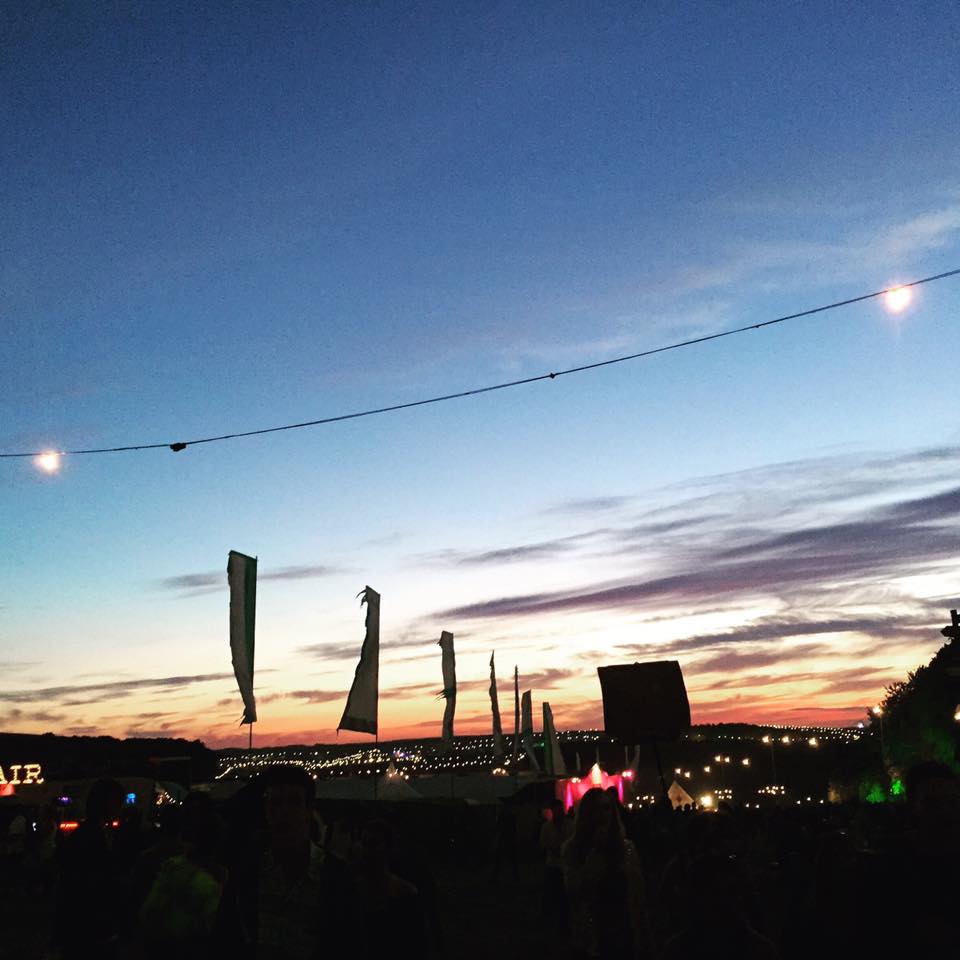 The first day of Boom Town was a stressful start to say the least. As soon as we reached Winchester myself and my friends were jumping up and down in our car seats unable to contain our excitement. Our eagerness to start the weekend’s festivities were short lived once we hit the grid-lock traffic in the scorching thirty degree heat. To make matters worse, once we eventually entered the festival site, we had to carry about a ton of campsite equipment, four days worth of food and alcohol, and a gazebo to a campsite which was miles away. However, this gloom-ridden start did not stop us from getting our magical weekend started.

As we trailed through the mystical Psychedelic Forest, the bright neon flashing lights spoke to our hearts, in synchronisation with a trance beat, it was almost like this moment was building up to an even spectacular destiny for each of us. We paraded through the Wild West, where the rural, dusty setting portrayed a western culture of the courageous persona of the town’s protectors, which coincided with the desolate memory of it’s rivals. The historic, vintage saloons and the traditional live music gigs was another special edition to the Boom Town experience. The amount of detail which preserved the authenticity of this time period flowed beautifully with the music margin of the festival.

More was to be discovered as the weekend followed. I found one of the most admiring areas of the festival was the Tangled Roots. Here, was a music lock down. Those from all kinds of backgrounds and variation in music taste came together here to express their passion for music through dance. There was a collaboration of reggae, hip hop and dub genres where we would show our appreciation and delight by dancing, skanking, dropping, call it whatever you want, underneath the blazing sun shining through the spectacular tropical rain forest scenery. We as a collective, were finally letting go of all our responsibilities and worries and becoming free in music. Incredible artists took the stage, including Lade Black who brought back the origin of reggae and dub, presenting a mashup of Sister Nancy and the legendary Bob Marley. It was all but love in the air. We were on such a spiritual high where nothing could ruin this miraculous moment. Once they performed “It’s a Pity” everyone rose their hands in their air, swaying and singing every word in serenity with the artists. It was a sensational moment and we were all blessed with breathtaking vibes. Peace and tranquility at last. 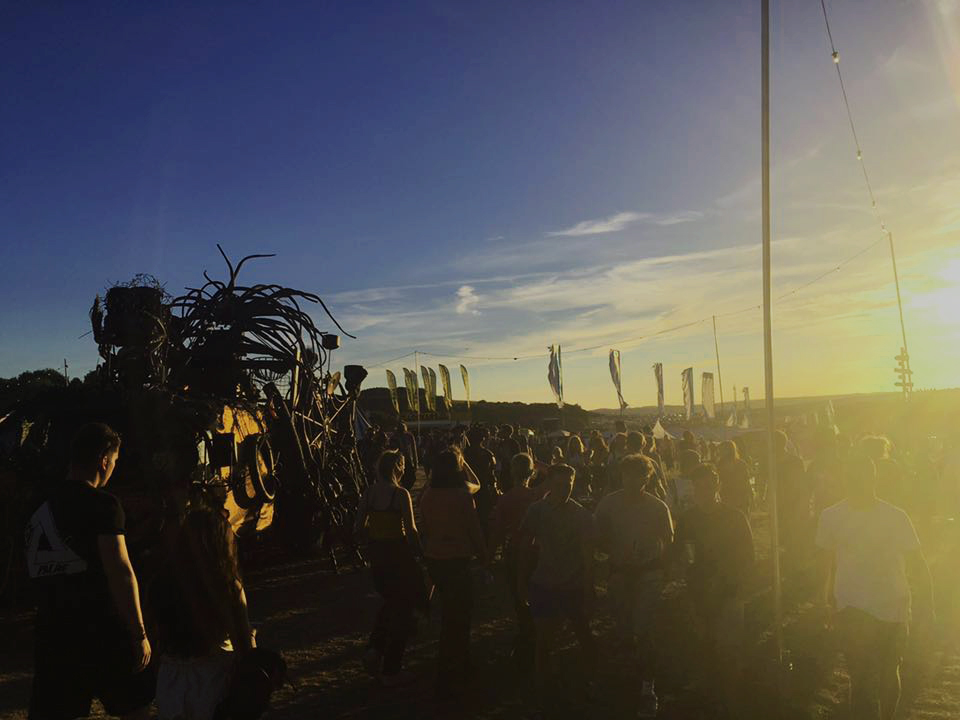 Saturday, the third day of the festival was what shone out in it’s eminence from the weekend. You would think by this time we would be rather run down and lifeless from the first two nights, but if anything it was the opposite. With crucial artists such as Skream, My Nu Leng and Enei across many of the main stages, we felt an electronic wave spread beyond our glistening eyes, through the enchanted site. Not much of a drum and bass fan myself, I am surprisingly and extremely ecstatic to admit I have been converted. A special highlight of the night was Banghai Palace. This stage had its special individuality and character through the fine detail of an affluent state. Presented at the luxurious gates of the drum and bass stage, we shuffled through the busy crowds, and when we finally managed to find a spot, we stood in awe, as a lowly citizen through the crowd, it was truly fascinating. As the bass of the speakers shattered our bodies, our hearts shot through our bodies back and forth, whilst our limbs were brought to life with the urge to keep raving, keep dancing, keep jumping. The dazzling colours reflected off our wide eyes, almost glimmering into our souls as we stood there in wonder staring the animation on the screen in front of us. 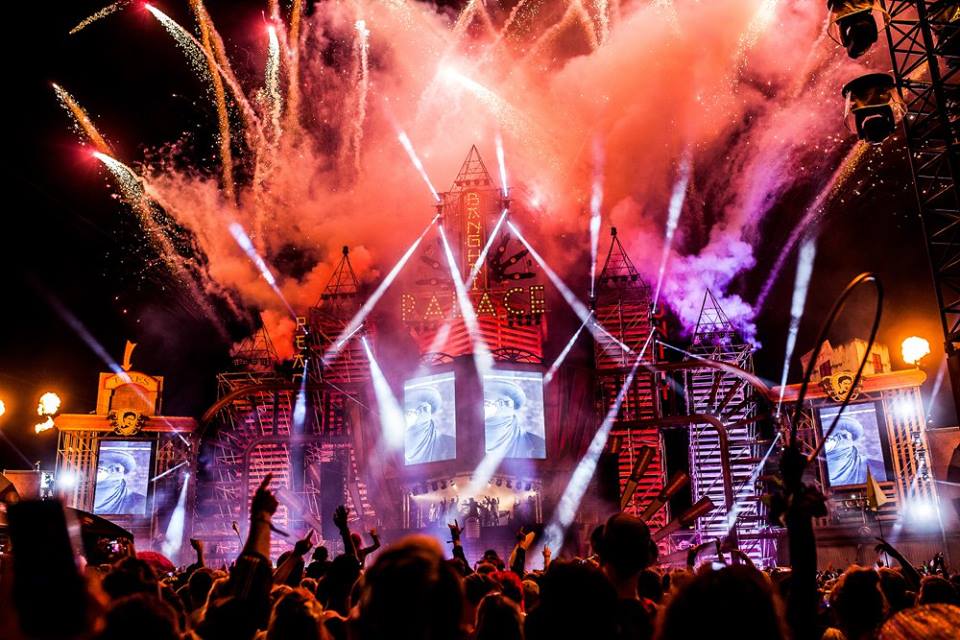 We scattered off to Sector Six, another main stage which exhibited its magnificence. And here is where the crowd profoundly let loose. As My Nu Leng took the stage modestly entering into the position of greatness, the crowd went wild. The music steadily took our hearts whilst they built up a bass line drop, whilst we were all yearning to dance off the vibrations in our body and rave. The lights simultaneously reacted with the dirty drops, shooting a spectre of ambience into the audience. I felt a sense of euphoria. Boom Town still had yet to pull out more surprises to stimulate our experience. As the dazzling lights intensified, we hear the crowd cheer as we are all skanking, and suddenly blazing fire shoots from the stage. There was no stopping us. The revolution starts now.

Filed Under: Music
The closure of fabric: What does this mean for the underground electronic music community?
Summer in Ibiza: Float Your Boat hosts Carl Cox Boat Party