The four animated legends created by Damon Albarn and Jamie Hewlett, are back and better than ever. After a long, anticipated wait, Gorillaz have come back with a bang, re-joining the music world with special editions of musical talent across all different genres. The like-minded duo who have explored areas of alternative indie, hip hop, trip hop, electronica, funk and the list goes on, have created an album so impressive they have blown the music scene out of the water. They revisit many challenges the music world has faced, extracting the goodness and talent from diverse musical genres and ultimately make the sound their own. Across their past four albums, they created an original feel-good live in the moment type of persona, and whilst they still carry this notion through to Humans, after 7 years, their sound becomes unconventionally futuristic, whilst reminiscing over the past. 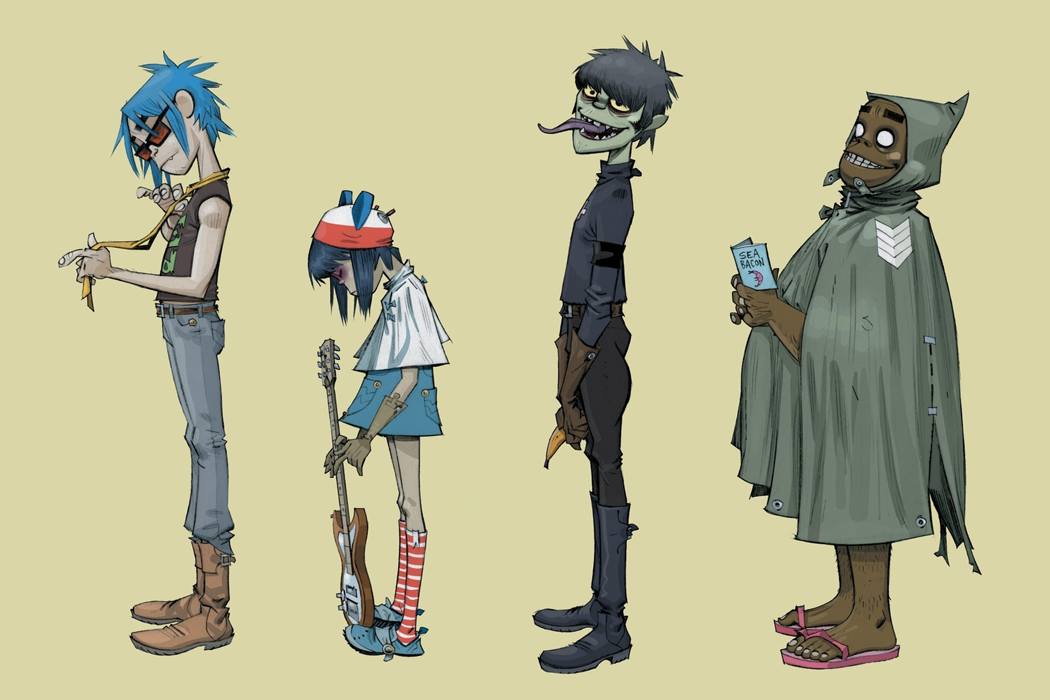 Gorillaz have travelled far on their musical adventure from the release of their 2001 album Gorillaz. Five albums later, a number of inspirational music awards in tow – a Grammy, two MTV Video Music Awards, an NME Award and so on – and on top of that an entry in The Guinness Book of World Records for the ‘Most Successful Virtual Band’, they are arguably one of Britain’s most innovative bands of all time, making a revolutionary contribution to music, and they are not finished with success as of yet.

A 26 track album that illustrates as a funky party playlist rather than a music album. Although it’s not surprising of Gorillaz to break the boundaries of conventional music, the nature of their work fits congenially as they revisit different eras of music, whilst touching base with critical issues in our social environment.  To my satisfaction, the focal point of race and equality is passionately portrayed at the expense of America’s everyday politics. Hip Hop is the primary drive of the album, whilst experimented with hazy electronic blips, the up-beat steady rhythm carries the underlying message through, making Humanz a complete success.

Whilst ‘Ascension’ asserts the unfair balance between the inequality of the races, the speedy tone fluctuates between reality and the hope for a Utopian world. ‘Let Me Out’, ‘We Got The Power’ and ‘Hallelujah Money’ continue to articulate a narration of corrupt politics in relation to the tragedy of America’s presidentry election. Pusha T and Mavis Staples delivers the soulful passion to the table in ‘Let Me Out’, sadly expressing how “Obama is gone, who is left to save us?/So together we mourn, I’m praying for my neighbours/They say the devils at work and Trump is calling favours”, yet rather than a song of misery, Gorillaz and the guest artists collectively turn a digressing matter around into a level of liberation. This sensation of salvation is reputed in ‘We Got The Power’ which becomes a song of feel-good motivational drive. The vibrant melody makes the essence of the track compelling, uniting its listeners in a shared union.

But the most promising compound of Humanz is the theme of space and time which is reiterated constantly throughout the album. As we revisit the futuristic tones from each song, we witness the spiritual energy that is beyond our own capacity and we begin to learn how vital this idealistic is to our generation. The ordinary affairs of life we meet – love, lust, death, money – are practised, but we are unable to wholly perceive how these life changing circumstances really affect us, down to the duly duties of our busy, mundane responsibilities. However, Gorillaz brings these unheard issues to life, and powerfully conjoins suppressed feelings and the spiritual world. ‘Andromeda’ for instance, a song inspired by death is revived into a magical world that exists within astronomy. Whilst the rhythm begins as a strong-headed house beat, the achilles heel of the track is revealed 20 seconds in where the melody becomes softer in its indie style origin. As we are caught off guard, this notion of the song has a beautiful essence, and a floating sensation is true to the song – we fall out of this world. The theme of space is clear even in the names of the songs in the album, ‘Out of Body’, ‘Strobelite’ and ‘Saturn Barz’, which all share the parallel characteristic of an out of body experience. The dedication and passion to the musical cause is beyond our level of humanity, and shared with a higher spiritual consciousness.

Humanz is essentially a story telling album, where each song is linked to each other with the goal of exposing a message to their listeners. This provides a candid explanation as to why the album is double the length of time a traditional album would be, and in this way, we appreciate their come back much more significantly. The unexpected themes of life, death, politics and the class system that concurrently runs through the album gives Humanz a lively purpose, and the theme of futuristic astrology provides support, ultimately becoming the missing piece to Gorillaz’ puzzle.

Filed Under: Music
Top tracks of 2017
Your Summer Festival Checklist